Setting up WebDAV on Leopard

The good news is that all the bits and pieces of software that you need to run a WebDAV server on Mac OS X 10.5 Leopard are already installed. You only need to configure them correctly and turn them on. Some experience with Terminal is preferred, and you should be familiar with executing UNIX commands. Let's start!

That's it, you can now point OmniFocus to https://your-server-name/webdav and provide the credentials you created earlier. With this setup, you will immediately be able to access your WebDAV server over your local network. If your machine has a static public IP address, you will also be able to sync from outside your local network.

If, on the other hand, your machine is behind a router, you will need to configure port forwarding on your router. If you do not have a static IP, you will need to set a dynamic hostname via services like DynDNS.

This is by no means a zero error configuration, and sometimes things might go wrong. Here are some of the common error messages and how to fix the relevant errors:

To use WebDAV with OmniFocus, simply configure it as in the screenshots below. 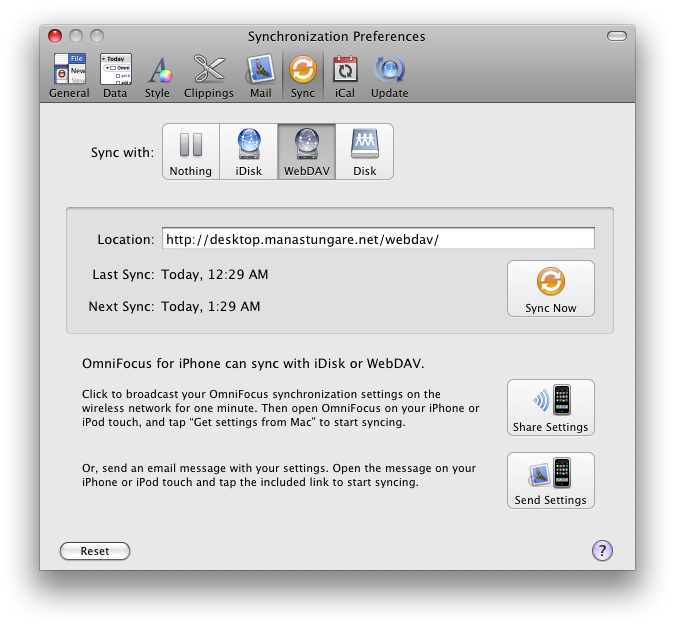 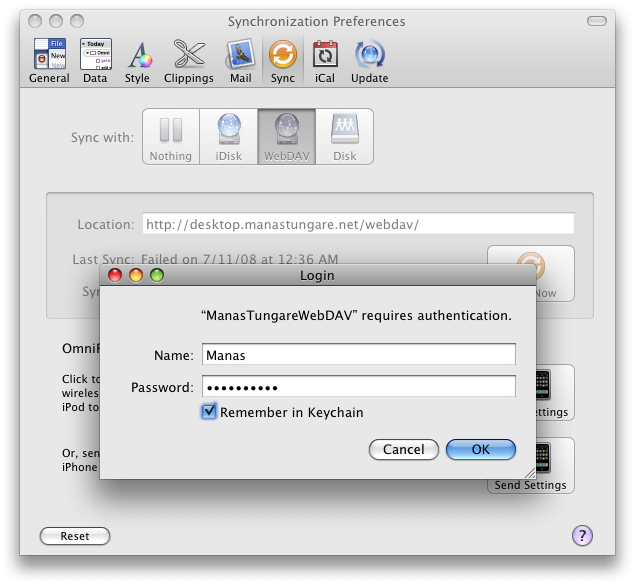 A hat tip to Vivek for helping test these instructions on a clean Leopard installation.